So where are we after this election?

Post election as time passes by you start to be able to step back a little bit and think a bit more about where things are, what it means, where we are going.

And as of today I think things are starting to look a little clearer. On Friday I was jubilant; literally singing and dancing in the office (much to the chagrin of my CWU colleagues who had to put up with it). And rightly so, it was a result that was miles better than I expected; loads better than almost all of us expected if we are honest with ourselves (Props to my political officer Jeff though who wasn’t surprised!).

We now have an excellent platform. In a really good article here; George Eaton from the New Statesman outlines some of the numbers. At a forthcoming general election we will need just a 1.6% swing to become the largest party; and only a 3.57% swing to have a majority. Those numbers mean we are in touching distance.

On top of that the whole narrative about Corbyn, and about Labour has changed. The broadcast media will in future now cover Corbyn like a likely potential PM; and Labour like a likely party of Government. Because he is now, and we are.

Furthermore the Tories have exhausted most of their attack lines on Corbyn; they threw the kitchen sink at him and that kind of negative; anti-Corbyn, personal campaigning just won’t have anything like the same power when re-used. And the grubby little Tory-DUP pact undermines much of their credibility there anyway (more on that later!).

And in terms of campaigning and party organisation we will surely now start riding a crest of a wave. A huge number of enthusiastic youngsters in the ground war made a difference. But in the next election the campaign will also have expectation as well as hope from a larger number of people. And it will be easier for the party to raise election funds.

And the last really big feather we have is the reality of Brexit is really going to start biting I wonder if the tide is already turning a little:-

But as the reality bites the Tories are going to own the bad stuff now. And with no real majority very little they can do about it.

So there are some really good reasons to be optimistic.

But; let’s not get carried away. Despite the jubilation from us we still lost and lost big. Just because we performed massively above expectations; just because we have genuine reason for optimism about the future, it doesn’t mean we are there yet. We aren’t. We were 50 seats short of Government and it will be the Conservative party (if not Theresa May) in power, doing Tory things. And we shouldn’t forget that.

The Labour party has to unite; between his two leadership wins and this fabulous increase in the Labour Party vote share Jeremy Corbyn is untouchable and will be the leader of the Labour party either until he wants to go or we suffer a catastrophic defeat in a general election. Those people within the Labour party who have had doubts needs to accept that this is the way things will be.

So for many of us; great swathes of the “Soft Left” our principal objection to Corbyn was that we just couldn’t conceive of him ever getting us into a position to win a General Election; let alone actually winning one. That has been blown out of the water now so there a a very large number of people who will now get behind him because the objection has been removed.

For the others; those who have deeper ideological concerns it is more difficult. Frankly either you dig in for the long haul and hope that the political pendulum swings back in your direction in time (what I did under the Blair years) or you stay and fight, but fight constructively, for your ideas to have a place in the Labour Party. If you can’t do either of these things though it probably is the case that the Labour Party really isn’t the right place.

And you know what some of that fighting over ideas is needed. We did well on Thursday but not well enough. There is no low hanging fruit for the Labour Party to easily win votes any more and to get those swings that we need we not only have to keep Friday’s coalition together we need to add to it; and yes having a Government will require some of those who voted Tory on Thursday to switch to us.

I’m hopeful that if the party unite; and fight together, that we can bottle what we had, broaden our appeal enough and take the fight to the Tories in this time of crisis.

And on that for those of you who are hard core Corbyn fans and true believers; I’ll say this. I had to eat industrial quantities of humble pie and was happy to do so. But I have been detecting on social media and the like a pretty unedifying current of outright hostility toward people saying “I was wrong”. 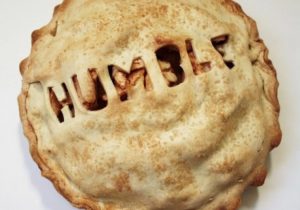 Folks that won’t help anyone. You can’t on one hand say “Imagine where we’d be if the coup hadn’t happened and we all had united after Brexit” and then at the same time spurn the advances of those sheepishly saying “Yeah maybe you were right”. In life it is easy to be a magnanimous loser; but harder to be a magnanimous winner. Now is not the time for score settling.

So that is why we should be optimistic; and that is what the party needs to do (IMHO) but let’s not pretend the garden is rosy and there are no problems or pitfalls. There are real threats to us moving forward and no one should be sloppy enough to feel that the next election is in the bag. It isn’t.

The Tories are a formidable enemy. There is a reason why they are the most successful political party in the western world. They are able to be adaptable and pragmatic and they have lots of systemic advantages and bonuses.

So first up at the next election they will not be hampered by Theresa May. She ended up being a manna from heaven for the Labour Party. A truly awful campaigner. Even taking aside the manifesto omni-shambles everything about her campaign and what she did was terrible.

The thing I keep hearing from Tories is what a mistake it was to have a leader who hadn’t had to go through a leadership election; hadn’t had to face the fire of hustings and a competitive campaign, hadn’t had to show they had what it takes in an election. They won’t make that mistake again and whomever comes through will either be Boris; or someone able to beat Boris on the stump. Whomever it is will present more of a direct challenge in the setting of an election campaign that May did.

But much more worrying than that is that they are, believe it or not, ideologically flexible. Just like Sir Alex Ferguson was able to adapt and change his squad and tactical approach time after time; the Tories have always adapted to new ideological frameworks and still survived. Disraeli adapted to the franchise expansion by creating “Ten bob Tories”, Macmillan accepted the post war consensus.

They will look at what happened last week and they will inevitably try to make a policy pitch to undermine us. And it is easier for them; they are never subjected to the same scrutiny over spending that we are. So they will promise some giveaways to try and undermine our support. I bet the next manifesto, and this short time they have in office will see giveaways on say in work benefits, big increases in Police numbers, something for students.

On top of this they will probably try to tempt some Liberal remainers. I think that a “Hard Brexit” is now dead unless it is imposed by the R27. If May goes then whomever wins is very secure for a time. I can imagine a newly elected Boris lamenting at Tory Conference that “Unfortunately the price of minority government is that we have had to reluctantly accept that we temporarily cannot deliver then end of free movement. But we have delivered on leaving the EU with our EEA application” (though said very differently).

At the next election they will have a different leader, a different policy platform and they won’t be underestimating us or Corbyn again. And that should frighten every single one of us.

So we absolutely shouldn’t be thinking it is job done. It isn’t even half done. We are in the best position the Labour party has been since 2007; but there is still a mountain to climb.