The Case for an Early Election

And why I hope it doesn’t happen.

I heard it said, and argued, that in UK the system we elect MPs rather than parties Governments or Prime Ministers and that therefore based on our constitutional arrangements there is no case for an early general election now that the Prime Minster is due to change based on the opinions of Conservative party members. 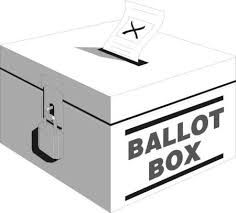 And technically this is quite right, in terms of our formal constitutional arrangements. But I’d argue firstly that our electoral system and system of government is a little more nuanced than that. Whilst we do in fact vote for individual MPs they are now branded on the ballot paper based on their Party allegiance and straight away this is moving in practice, if not in principle, from us voting for individual MPs rather than a party platform.

Increasingly, at least for General Elections if not actual government, the UK has been moving toward a more presidential system. Voters vote in a very large part based on the national parties, exemplified by the party leader. That isn’t to say local candidates don’t make a difference, they clearly do. But generally the shifts in voting behaviour from one GE to the next are broadly mirrored across the UK. Particularly popular and competent (or unpopular and incompetent) can and do buck national trends… But mostly they don’t.

The reality is that we do in a large part cast our votes based on the platform and personality outlined by the party leaders. In 2015 David Cameron was widely credited with pushing the Tories over the line to their very unexpected majority win in the general election. People voted Tory to make Cameron the PM based on the policy platform he was front and centre espousing.

Furthermore he specifically promised to serve a full term. When electors voted either for their local candidate, or the national conservative party they had a reasonable expectation that this would mean they would have Cameron as their PM broadly following the program of government he promised. And of course Cameron did have something to say on the topic of early elections after the PM changes himself…….

So regardless of the formal constitutional arrangements I think there is a strong argument that based on the reality of our democracy as practiced there where the PM changes a general election should be sought even in normal circumstances.

But we are not in normal circumstances. The reason there is a vacancy for the position of PM is because of the epochal, seismic decision in the referendum to vote to leave the EU. Something that is likely to result in the biggest constitutional, economic, legal and public policy changes that this country has seen in my lifetime.

New PM Theresa May is going to have to make far reaching decisions, about massively important issues, that will affect everyone in this land (and beyond) for decades. The very existence of the UK as a political entity is under threat depending on how the new PM acts.

And…. They are not going to have a mandate to do any of this (I’d argue that Cameron wouldn’t have either BTW). The ballot paper had a simple question on do with wish to remain a member of the EU or leave the EU. It gave no instruction as to what to do next. It didn’t allow us to say choose a preference for WTO rules or EEA rules. It didn’t ask about free movement of people. It didn’t ask what happens to UK law derived from EU law should it be scrapped or grandfathered until replaced. It didn’t let us know if Scotland could secede if they voted remain but the rUK voted leave. The people have *not* spoken on these issues, we have not had a say.

And our political parties have not got a mandate for these issues either. None of them fought the last general election explaining what they would do in the event the UK voted for leave (well I guess the SNP does so maybe I’ll let sturgeon off the hook).

How can any of them, especially a PM that no-one in the country other than the 300 or so Tory MPs, got to choose, claim a legitimate mandate for the specifics and the details of such a massive constitutional, economic and political change?

The referendum was a once in a generation things, the political fallout once we activate Article 50 and actually begin the process of leaving will be a once in a lifetime thing. It is simply unacceptable on a democratic level, a moral level and a practical level for this stuff to happen without the British public having some sort of say over how it is done, why it is done, where it is done and when it is done.

Our country deserves to have a say on how this happens, and who is doing it.

Now of course as a partisan Labourite I really don’t want to see a general election right now. It will be a disaster. I’m not sure what party finances are like having just fought a general election, I’d heard it was in a bad shape, though a learned colleague of mine Rob thinks I might have got that wrong…

But the state of the party is terrible. Whether you think that Corbyn needs to go or stay one thing is for sure the party is in disarray and there seems little likelihood that we’d even achieve the kind of support Ed Milband got if we went to the polls right now.

I have to be honest if I was Theresa May I’d be desperate, desperate to have a General Election, increase my majority, give myself a strong mandate, and probably bury the Labour Party for a decade at least.

Even though I think for the sake of democracy there absolutely should be a general election,  selfishly I really hope there isn’t one at least until Labour have sorted our mess out.

I dread to think where the left will be if it is soon.