Confirmation Bias and the Labour Leadership

When I wrote my far too long blog last week, about why I think Corbyn has to go, due to it getting too long I had to trim a number of sections I’d initially intended to put in. one of which was to talk about the cognitive bias’ we have, and specifically how confirmation bias can really skew how we all (and I’m definitely including myself here) think. Particularly in the social media age. 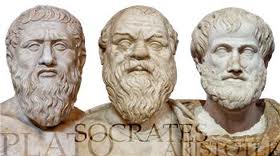 We all like to think that our thought processes are entirely logical and rational. That we think the things we do because we have rationally assessed the evidence in an unbiased and scientific way and come to the conclusions that we have.

And the truth is that is rubbish, for all of us. Every single human who ever lived has a mass of behaviours, bias’ and filters that govern how we even decide which information to look at. And we kid ourselves all the time that we haven’t come to conclusions based on what we already thought. I hate that I do this, but it is true. The best you can do is be aware of it, and try to check yourself when doing it, but we all do it to greater or lesser degrees.

Confirmation bias, described by Wikipedia as:-

“the tendency to search for, interpret, favour, and recall information in a way that confirms one’s pre-existing beliefs or hypotheses, while giving disproportionately less consideration to alternative possibilities.”

Is one that I think effects activists, particularly left activists (may well be right activists too but I do not have the experience or evidence of this so can’t comment! You’ll all see the irony there surely!)

Most of us are definitely biased in our sources for information. Let’s be honest most of us mostly read the Guardian or the Indie, as well as the Morning Star, left wing blogs, left polemicists who tell us what we want to hear. I try, mostly unsuccessfully, to read things from other sources so I can keep a handle on what the enemy thinks. I try to read the FT, even the horrendous tabloids. But mostly I can’t. I get to cross. My blood boils. I feel like a traitor to the cause. And most of you will experience this too I’d guess.

So we get our information mostly from sources that we broadly already agree with. Sources that tell us what we want to hear. Sources that are preaching to the converted. This gives disproportionate weight to what we already think, and means that we rarely give enough focus to what others think. More important to what others think, is why they think it. It ends up leading to us erroneously believing the things we think, and the reasons why we think the things we do, are far more widespread than they really are.

As activists though one of the ways this is exacerbated is through the personal echo chamber effect. So let’s say you are like me a full time Trade Union official. You spend most of your working life doing left wing activism, speaking to other left wing activists who broadly think the same as you do about politics. Because you are “of the cause” you are disproportionately likely to also be involved in politics and campaigning outside of work too. Meaning lots of the people you spend your free time with are also other people who already think the same as you do.

Most of us are also drawn to friends who share similar outlooks, philosophy or experience. Maybe like me, you are an argumentative sod who loves a good debate too. Maybe those in your circles who don’t agree with your POV often can’t be bother to talk to you about politics because it is too much bother and you don’t get to hear their dissenting views.

I’m not saying the above paragraphs apply in full to every left wing activist, but I bet large parts of it apply to the overwhelming majority of us. And when that is true it is easy to believe that most of what you think is normal, even universal. But it isn’t. And when we project our personal views, and the views of those around us onto the wider public we often make category errors about what people think and what they are likely to do.

And with social media this gets infinitely worse because as well as all the people we know reflecting back to us what we already think, we now get to hear about loads of other people we don’t even know on Twitter and Facebook, (who because of who we chose to follow become a self-selecting group that further entrenches our confirmation bias) who are also agreeing with us. That further emphasises the erroneous belief that what we think is what everyone thinks.

If I was to go by what my friends, family, social media contacts thought then I’d have expected in the recent referendum for Remain to have won by north of 90%. But it didn’t because the people I spend time with, the people I talk politics and shop with, are just not representative of the public at large. Heck they are not even representative of ordinary Labour voters at large.

So where am I going with all this? Well firstly I think the point I’m trying to make is that we all need to examine why we think the things we do on a regular basis. Because sometimes what we think in our heart or in our gut just isn’t right. That I think our subjective experience is a very poor substitute for widespread and rigorously checked impartial factual information.

For me a classic example is how we use support for individual policies as evidence a particular cause or course of action is right. People think contradictory things, especially about politics. When asked a question about a specific issue in isolation I have no doubt that the overwhelming majority answer accurately and honestly. So when polled about renationalisation of the railways for the left, or the death penalty for the right, I’m sure that the answers to these questions really do reflect what the public thinks about these issues in isolation.

But from both a public policy perspective, and crucially to where I’m coming from, how national political parties construct their pitch to voters, this is of much less usefulness than how voters think of these things relatively. So if 80% of voters agree that we should all be provided with free clown shoes at a cost of a billion pound a year, but only think that weakly, whereas the same number believe that the national free costume budget needs to be cut but believe it strongly. Even though voters would like clown shoes, they are more likely to vote for the party calling to cut the costume budget.

On the left we often hate doing this kind of analysis as it often tells us things we don’t want to hear. It tells us that even though voters broadly agree with our policies (say in 1992 or in 2015) they won’t actually vote for us and the Tories get in.

I’m not BTW arguing for Labour to move back to nothing but triangulation and focus groups. But I am saying that we can’t afford not to think in terms of what our voters actually think and what their actual priorities are. And more than that I’m saying that if the Labour party is serious about winning a general election any time soon it has to recognise that if there is a policy that matters to it’s voting base, that contradicts what its activist base thinks, then there is really only one choice.

Most activists in our movement are to the left of the average labour voter. We have different subjective experiences, and our passions and beliefs are not always shared by those we represent, or aspire to represent.

So where does all this come from? Well I linked in the first paragraph to my blog about why I as a lefty still think that Corbyn should go even though I personally agree with almost all of the policy positions he espouses.

I think many of his left supporters are mistaking their personal subjective experience, and that of their colleagues, friends and social media contacts; of their rallies and meetings of CLPs, union branches and momentum meetings; for what the wider ordinary labour voting public think.

Now I could well be wrong about this. I’m as guilty of all of the above as any other activist. And I didn’t vote for Corbyn so me finding fault in what he does may well be my confirmation bias in seeking evidence that backs up my preconceptions. But maybe it is actually my Corbyn supporting friends who are doing this.

The single best measure of what the voting public actually think in the UK is a general election. We had one of those last year, fought on the most left wing ticket the Labour Party has fought in a generation (not saying much given the very low bar I agree!), and we got spanked and the Tories won a majority for the first time in 23 years.

After this the most reliable indicators are large scale local/regional elections, not in terms of the seats but in terms of national voting shares and how this acts as a very large scale reasonably accurate poll. The National Equivalent of the Vote is not full proof and it get’s things wrong, people change their minds and circumstances change, but it is one of the best indicators of how between general elections people might vote in future ones (and really do follow that hyperlink it is a very interesting article about the 2016 local elections).

By these measures, which are far from full proof, the Labour Party is not looking in good shape to win in 2020 or next spring or whenever an election takes place. Now you might not agree with this measure, and even its staunchest advocates accept that it is at best a rough indicator, you might think it is so outside of your personal experience of the effect Corbyn is having that it should be disregarded.

And that is fair enough. But I’d argue back that is probably confirmation bias in action, that however imperfect large scale meta analysis is, it tends to be better than subjective experience.

And I further argue that if some, like the PLP, look at that kind of statistical studies and large scale behaviour instead of what the activist base is saying, it isn’t necessarily illegitimate or wrong.

Again I am not expecting this to convince anyone. But I am trying to demonstrate why others might think something different about Corbyn and why the poison on this issue has to stop. People are not “traitors” just because they think something different to you. It is quite possible for sensible, decent, principled people in our movement to come to different conclusions. And if we allow ourselves to ascribe only the basest motives to the people on the other side of the debate we are damning our party, and our movement to oblivion. That won’t help ordinary working people one jot.