AV Vote and destabilising the coalition.

I have heard a few Labour folks tell me that they are considering voting “No” principally because they hope to destabilise the coalition and hopefully bring forward a General Election. The view was espoused here on Labour List by Sonny Leong, and a colleague of mine David Chivers from the CWU also voiced this.

I thought it was an interesting view that was worth a full blog post riposte, I mean who wouldn’t want the Lib Dems to get a kicking and the General Election early? I know the thought of that really pleases me.

The trouble is for me it just doesn’t add up. Clearly electoral reform is important to the Lib Dems (and all small parties for that matter) and was one of their big objectives coming into coalition government. It would inevitably be a slap in the face and a sap to the morale if there is a no vote. 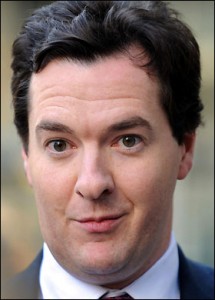 The real winner if if No2AV wins.

But will this destabilise the Government and bring forward a General Election? From the Liberal perspective of course not. They are polling in the doldrums, 8, 9, 10% consistently over a long period of time. The party are taking most of the flak for what the government are doing, have a leader who is “Political Kryptonite”. If there was a General Election tomorrow the Parliamentary Liberal Democrat party would be wiped out.

Perhaps there are a few Lib Dem members of parliament that put conscience, belief, integrity and ideals before career (Vince Cable? Simon Hughes? Can you hear us……) but are there enough of them with an appetite to put themselves out of a job, which let’s face it is the most probably outcome if there was an election any-time soon. Anyone think this is even remotely credible?

And even if it was possible what would it be likely to achieve? How would resigning from the Government help their cause? Having lost a referendum on electoral reform if they then in a fit of pique also prove, in the eyes of reform detractors, that coalition government is unstable and unsuitable they will have hammered an extra nail into political reform for a generation. They just won’t do it.

But that isn’t to say the coalition is unshakable granite. It isn’t it is just looking at it from the POV of attacking the Liberal Democrats is the wrong angle. No the weak link of the coalition isn’t the Lib Dems, they have no choice to to hug tight and hope for the best. The weak link is the Tories, specifically the Tory right.

Lets remember in reality the 2010 election was a bit of a disaster for Cameron. He had a gaping own goal, a tired unpopular third term government widely discredited and out of gas. The most unpopular Prime Minister in ages. And a economic downturn of a scale not seen since the 1930s. He should have won a thumping majority maybe even a landslide but he came up short.

The Tory right were furious, they believed that this was because Cameron had been weak, too centrist. Had they tacked hard to the right on immigration, law and order, the family and low taxation they would have won a resounding victory (I mean that worked out well for Major, Hague and Howard right 😉 !). They felt let down.

The Tory right didn’t want a coalition, they wanted to go it alone and govern as a minority maybe calling a snap election in a “who governs?” way after a few months. A second election they confidently predicted would result in a Tory majority and a mandate to rule (well more than the God given one they assume as a matter of course!).

So the real threat to the Coalition is the Tory right seeing evidence that actually the Lib Dems are getting a far better deal, that Tory values are being eroded in a sop to the Liberal Democrats, that sacred cows are being sacrificed. But most of all that future Tory prospects are being damaged.

For me this is crystal clear, changing the electoral system in a way the Tories will fear hampers them will cause massive problems for David Cameron and George Osborne in managing their party. The “New Statesman” is reporting a Tory backbench plot to thwart AV if there is a Yes vote. If a Yes was combined with a bad showing in the locals and devolved parliaments for the Tories Cameron would be likely faced with an almighty backlash form both his grass roots and the 1922 committee. There would be many voices saying it would be better to call a snap election than let AV happen.

The reality is if you don’t care about the issue, but you want to give the government a kicking then by voting yes you get so much more bang for you buck. Clegg is a schmuck, an eejit and a wally. But he is a spent force; his own personal credibility amongst progressive voters will never recover. He is finished.

Cameron and Osborne are very real, potent and live threats to ordinary people and our country. They are the real enemy, they are the people whom our fire should be focussed on. And they want a “no” vote. Come on let’s smack Osborne in his smug face and vote YES TO AV!