There comes a point where any joke gets a bit old. It’s time passes. And clearly both #GetRalphADate and my self-described “International Media 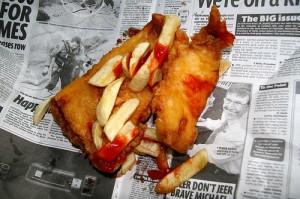 Celebrity” are way passed. I’m not even yesterday’s fish and chip wrappers anymore! The glitz and glamour of Radio Humberside a distant memory….

Whilst I genuinely was wilting under the spotlight for a bit when it was going crazy, it has mostly been really fun. I made a whole metric shedload of new twitter friends; some really funny and interesting people who have immeasurably improved the fun of twitter for me. I rediscovered the fact that I like to write, and I’m maybe not too awful at it.

I had an honest to gods, real life, 15 minutes of fame. Something that I will no doubt boorishly dine out on for years to come! I think in years to come I will have real struggles to believe the last two weeks actually happened. I might have one or twice mentioned Time magazine USA in passing 😉

And crickey I even went out on a date. With a girl. Who was cool. It obviously didn’t work out “like that” but it was a pretty epochal event for me for sure.

That I was in a situation where Donna was going to be prepared to launch such an internet stunt on my behalf was because I clearly had “Sort out love life” on my to do list (become “Rockstar Astronaut” is still gathering dust unfortunately, I wonder if I can do a twitter campaign about that!). And for all I was terrified and overwhelmed I have tried to get down with the campaign to the best of my ability.

Trouble is I really had not given any thought, whatsoever, to how sorting “love life” out would work in practice. Let alone how I would deal with effectively getting propositioned (with I’m sure varying degrees of seriousness) by a load of girls in my mentions column. There was no real plan in place, this was a drunken bet challenge thingy, it isn’t like we storyboarded things! I’d forgotten all about it when it started going mental on Monday morning.

Even now when I have got over the whole shock of the situation I still don’t really know what to do about things. Let’s be honest unless you want to do some sort of “Take Me Out” situation, (I don’t, and Donna really objects to the Paddy McGuiness comparison) then I’m not sure how something like #GetRalphADate would work in practicality.

Three dates a night and me saying caddishly “Ere Sorry Dahhhlin you’ll need to eat up cause my seven thirty will be here in a minute”. And Twitter bios can be ace, but it often isn’t a lot to go on. And if you… you know…. Wanna meet a nice girl you like and you can chat to…. Well 140 characters is a bit limiting.

If only, someone would write a book about this shit. Most of my modern dating knowledge basically comes from fast forwarding through the trailers to RomCom films on DVDs. As far as I can see I basically need to turn into Matthew McConaughey, get in some awkward situations and then the insanely hot girl I thought I hated will turn out to be my soul mate. Not sure how that is going to translate to twitter and #GetRalphADate…. Maybe I need to ask someone I blocked…..

So anyway whatever happens it is now Christmas and I’m away “oop north” to see my Mam. I have obviously met a whole load of new people some of whom have expressed a misguided interest in maybe going on a date with me at some point. I kinda think the sensible thing is to you know talk to some of these people, get to know them, and let them get to know me and then if we like one another go out on a date. You know like they probably do on dating websites, or even in “Real Life”!

It has also crossed my mind, that it is just within the realms of possibility that just maybe potential future dates might not be entirely enamoured by the possibility of my blogging and tweeting humorous, highly fictionalised accounts of our dating process. Even if it is done pysuedonomously (Is that a real word?!?!?!?) Miss X was great sport about that but you know I can imagine it might just be a little bit off putting for some people. I suppose I’ll have to play that by ear.

So I think the overt twitter campaign, at least insofar of me asking out a random person has to end. I just can’t really do that. But you know I’m still hoping to find love. Anyone who wants to maybe chat and see if I am right for them feel free to drop me a line (DM me or leave a comments and I can get your email from that). Donna’s challenge was for me to go on three dates in six months. I’m one down after two weeks so hopefully I won’t let her, and those following down.

Now I have to get on with the important task of preparing from Christmas. Just got wrapping to do. I normally, after about three hours end up covered in selotape, carpet, bits of wrapping paper and bleeding profusely from gaping scissor wounds. With no presents successfully wrapped!  I hate it and really struggle. I understand the key skill in wrapping is ensuring the last word of every sentence rhymes, then crossing your arms moodily! Never gets my presents neat though 😉

So assuming I don’t die of over eating or wrapping related injuries I’ll get on the case of not totally wasting #GetRalphADate in the new year. I realise that unless my next date is with Kim Kardashion, or this whole story gets made into a Sandra Bullock type Hollywood blockbuster then this is totally old news now as a media event.

I hope some of you have enjoyed following the events on twitter and here. And I’m conceited enough to believe that a few of my new followers and friends might be interested in what I say from now on. So have a merry Christmas and I’ll try to write something funny again in the new year.