Well, well, well, what an interesting, crazy, mental week. I think it is fair to say I’m unlikely to experience such a roller-coaster any time soon! So 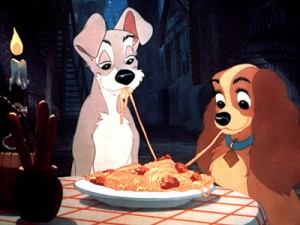 after my whiny blog of Friday, Saturday was the important work of actually getting ready, for an actual honest to gods date…. Eek!

But boy was it a bit weird, it started with me getting “recognised” at the Life Centre in the morning as I was off to do a spinning class… Some people looking in my direction and chatting, I put it down to paranoia but then they came up and asked me about the story in the paper.

Later I went in town to do some shopping was asked at the till by the girl serving me if I was buying said item “For my big date?” It took me a minute to realise she had read the paper and wasn’t just a vague acquaintance. The lads from my barber shop had a jokey greeting for me when I went for pre date haircut and I had some top “bantz” as they say, for the entire duration of my day.

I had honestly felt like a minor celebrity. Sam Blackledge and the Plymouth Evening Herald have a lot to answer for! Perhaps I need to get a big floppy hat and some big dark sunglasses?

Despite the slightly surreal nature of getting recognised in town I’d managed to probably my most successful trip ever. I didn’t perform an un-anaesthetised self disembowelment but instead diligently shopped with only minor anger and frustration. I kinda felt like I had been through a crucible and “grown”, man this was feeling even more like a made up story. I keep worrying I’m going to have a Bobby Ewing shower moment, and none of this will really have happened 😉

The end result was I even felt that I hadn’t scrubbed up too badly after all. I probably never going to need to devote a great deal of my working week to turning down modelling work, but as I posed in front of the mirror in my new threads I was relatively impressed! I now worry of course that I might end up like Marge Simpson and her one Chanel outfit constantly trying to make a small amount of gear go a long way…. But I’ll cross that bridge when I come to it.

So I was glad I had scrubbed up. Had chatted to Miss X a fair bit in date prep and, frankly, I really like her and I was reasonably sure the feeling was mutual. Of course “chemistry” is a complicated and subtle thing and you will never know till you meet in the pink. But I really wanted to impress. Heck I’m just going to say it, I wanted to impress her even more than I had wanted a “Crossbows and Catapults” game for my 8th Birthday. Now I don’t know if Miss X has a “Realistic firing action, accurate to 9 feet” or not, but suddenly she seemed even better than my “white whale” of a childhood birthday present!

And then suddenly it was time to go. I was a little concerned my “cool” had started to slip, I’d accidentally admitted on twitter to being a Gardner’s Question Time listener, been “outed” as a tech nerd on live Radio by Peter Levy on North Humberside Digital (45:30 in if you want a listen!) divulged to the world I couldn’t park my car. I was determined not to make any mistakes….

So I started well by getting the directions totally wrong in the car and causing us to go on a massive detour… Oh my I’d hoped to start out like seeming like Frank Sinatra and instead I was starting out like Frank Spencer! Later chatting about things like how the whole #GetRalphADate thing had seemed like the crazy plot of a Hollywood rom com Miss X asked who would play me in a film version…

Alan Partridge I replied… “D’Oh! I’m out of here” my brain said, Homer Simpson style, I mean firstly Partridge isn’t even an actual person he is a character, and secondly why on a first date would I want to compare myself to him?!?!?!? I must have had Peter Levy from North Humberside Digital on the mind or something…. Anyhow in case anyone (including Miss X) is wondering my actual answer is Tom Hiddleston, yeah I know he is not nearly as attractive as me 😉 but he is very good….

Despite my slipping cool, poor directions and conversational faux pas things seemed to be going well. My concerns about mucky Chaperone Puppy, and new threads, were entirely justified. There was a mucky puppy, a mucky Ralph and a mucky Miss X, but I didn’t care because frankly he was adorable! And if I had felt like I had “star power” on Saturday in town it was nothing compared to him… He was Hollywood! Great as an icebreaker for a fellow as nervous as I was, his fierce ways definitely ensured I behaved myself too!

Afterwards  we went for lunch, had a nice chat and, it was good. I’m beginning to wonder if all my fears and anxiety about dating have been a little misplaced. I found Miss X great company, she is clever and made me laugh (the qualities I most value) , easy to talk to and really nice, and very pretty, frankly I’d be punching above my weight, I was a distant third on date as Miss X the prettiest and Chaperone puppy the most handsome!

But, despite all that I think it was obvious to us both that there wasn’t the “pizazz” there. For all Miss X was great, by the end of lunch if felt more like I was sitting down chatting to an old friend rather than potentially “The One”. And I’m pretty sure Miss X thought the same. Because we had chatted and had got on well before the date I was pretty sure that my worst case scenario was that I would have made a friend. And I think that is what has happened.

So not the Disney princess ending I was hoping for. I didn’t even get to do a big song and dance routine with anthropomorphic animals (though I did try unsuccessfully to coax Chaperone dog into a little jig).

So then, now what? I have definitely changed, I feel a bit more comfortable and have been on my first date since <REDACTED FOR PURPOSES OF TRYING TO SEEM COOL> and even though it hasn’t worked out I feel much better equipped to try and do something in future.

I’m not sure where this goes now in respect of #GetRalphADate, I worry my “Silver medal” gag in the Lonesome Ralph blog might come back to haunt me. But I think I might have got over my crippling shyness. And I guess a polite enquire as to whether or not someone might actually be interested in a date who posted to me on twitter isn’t actually a a-hole move in of itself. So my Elevenses Date didn’t work out, but maybe Donna’s quest did if I really have changed.

So then ladies you know where to find me! 😉