My grandfather had died after a long illness; my Mum had been suffering from serious illness as had one of my Uncles to whom I’ve always been very close. I wouldn’t say I’d been exactly unhappy in work, but I had certainly been listless, directionless and not really knowing where my life was going. And to a certain extent this was true of my life outside of work. I think I was pretty unhappy about my perma-singleton status, didn’t really have a hobby I was keen on….

So I had been looking forward to a fresh new year in 2013 hoping that it would be good. And to be honest it really didn’t disappoint. Whilst optimistic about the coming year, I shall be sad to see 2013 go!

I’d had two resolutions for this year, and I had a 50% success rate. My first one was to maintain a healthy body weight. Through some disciplined dieting I had lost a load of erm…. Dough in later 2011 and through 2012 and I was determined not to slip back into bad habits. As it turned out I was more than successful in this regard. Bit more on that later. 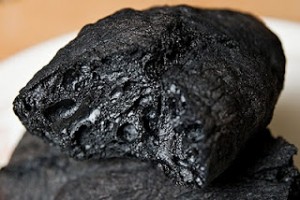 No to the baking!

My second one was a disastrous failure. Truth is I am terrible for getting into fads, in fact a cursory glance through blog history would show my “chuntey” phase (Insert own Chutney Ferret gag here), “food blogger” phase, my “wannabe Comment is Free contributor” phase etc.

So I had decided, basically from having been hooked on The Great British Bake Off, that I wanted to become an accomplished baker. I’d always had a wee bit of a blind spot about baking. I’m a nifty cook (If I may say so myself) but I have always had a pretty good appreciation of flavour, so my cooking style has always been a bit , fly by the seat of my pants and make it up as I go. I see recipes in an impressionistic way rather than a photorealistic one.

Tends to work for the kind of food I cook, but let’s be honest baking is a bit more of a science. Now I was determined to crack it. I was really disciplined (well for about a month) but I have come to the conclusion that I have some sort of genetic defect that makes baking impossible. I think I exude an “anti-baking” field or something. I really ought to get onto the Randi foundation and claim my million bucks. An ESP superpower of preventing yeast from ever rising! Put that in your pipe and smoke it Superman!

Well one out of two isn’t bad eh?

First really good thing that happened to me in 2013 was getting a new job in the Union. I wasn’t exactly unhappy in my role as a Safety rep, and despite what the stupid Tory press will tell you Safety at work is an important thing, but in truth I was probably bored with it. It didn’t challenge me, or excite me, in the way the “coal face” of Trade Union activism does.

So whilst I was disappointed our previous Branch Secretary had stepped down I was absolutely thrilled to be elected into the post (un-opposed, my favourite way). Technically speaking my role makes me the “head honcho” in the Branch, though in practise it actually means that I am the “chief tea maker”. We have not had an entirely successful year, Royal Mail has been outrageously privatised (and sold on the cheap ripping off every single one of us) but I’m proud of the work my Union has done nationally and locally!

Next up was how I fell into doing a Triathlon. Whilst I had been pretty successful in shedding my Michelin Man look, and keeping the tub off, I was increasingly realising that puritanical dieting just wasn’t a long term solution. The truth was I firstly liked food too much, and secondly was bound to go through at some point a time when I just couldn’t keep the effort up. I was either going to have to accept I’d get big again, or….. do some exercise.

At work they do the excellent Cycle To Work scheme which allows you to purchase a pushbike and pay from your earning at work and save a load of wedge on tax and NI. It is a properly brilliant idea and I’d urge anyone to look into it. I took up this offer and got myself a nifty hybrid bike. And I started tootling around on it.

A few weeks later I was at my friend Mary’s birthday BBQ. I still can’t remember how it came about but the next day I awoke to a woolly head, and the knowledge that I had made a folding money bet with my mate Chris about who would win in a Triathlon.

Now I’d imagine anyone who has read this on the back on #GetRalphADate might be wondering if I am some sort of weird hard drinking idiot who regularly makes Dave Gorman-esque life changing bets whilst under the influence. Honestly readers I don’t do this more than a couple of times a year! 😉

Of course when I started to think about this I realised the plan had a slight flaw. I basically couldn’t swim. Sure I could doggy paddle and bit, and had a sort of breast stroke-ish type thing. But I certainly couldn’t do freestyle, nor swim for any great length. I’d got into a bit of trouble in a rip tide in Portugal earlier in the year and nearly drowned.

Decided I would go up to the pool at the Plymouth Life centre and try and teach myself to swim. When I got there I noticed the clear demarcation in swimming speed and athleticism. There was a “fast lane” with super fit athletes swimming faster than I could run, medium lane looked pretty daunting too. I didn’t really want to go in the super slow lane which seemed to be for the extremely elderly and those undergoing physical therapy so I jumped in the slow lane than was mostly filled will older people swimming along at a steady pace.

As I struggled the old dears made, at first at least, jokey questions to if I was alright as they sailed past me, questions that become increasingly worried as I splashed along. Eventually the guard came along and told me to get into the physical therapy lane. Oh the shame….

So I decided I needed some help. I joined the Plymouth Triathlon Club, got in contact with one of their coaches Alan Ward, and arranged some 1-1 lessons. I can’t thank Alan enough because without his help I’d never have completed a Tri. I doubt I’ll ever be a strong swimmer but in a short spell of time I became competent. If you live in Plymouth and need to learn how to swim you could do a lot worse than give him a shout. He is a bloody hard task master mind.

Despite getting injured the week before my first sprint Tri at Wadebridge in the autumn I was able to finish in a respectable (if a little disappointing 1:35, I got hammered in the bet mind. My pal was over 11 minutes quicker than I) and I cannot wait till the new Triathlon season in the new year! It really is true that getting fit makes you happier and healthier and I really have the bug for it now.

The next great thing that happened in 2013 was the wedding of my best mates Matthew and Jenna Travis.  Myself and my entire extended circle of friends had been haranguing them to tie the knot for years. I was immensely proud, alongside my great mates Moz and John, to be asked to be Matt’s best man. Went to Estonia for a quality stag do, though “what happens on tour….” And all that means I have to respect the Omerta and not blog about it.

When the day came it ended up being one of those magical weddings that everyone agreed was one of the best they can remember attending as a guest. Getting to be a part of their day was also one of the proudest days in my life. And I’m certain they will have a long and happy life together.

So did I say there was an Omerta about Talinn? Hmmm…. well actually myself and Matt’s other besties were actually unable to stick to this. Truth was whilst in Estonia Matt (kinda forerunning my later International Media Celebrity) became something of a star in Estonia. I’d explain here but it is probably easier, like we did at the wedding, to show you dear reader. Even with you not knowing the people involved I’m sure many of you will have a chuckle at this video!

So the year ended for me with a really weird situation. After another life changing drunken bet my friend, the excellent Telegraph endorsed funny tweeter, Donna launched on Twitter the #GetRalphADate campaign to try and end my perma-singleton status. Which inexplicably became in international news event.

It was daunting, terrifying, exciting and probably life changing I’d say. I seriously hadn’t planned on being featured by Time Magazine USA for quite some years! And I actually went on a date, for the first time since Raquel Welch was knocking about with Dinosaurs. Not going to go on about this seeing as this blog post has already gone on far too long, and GRAD has been done to death in last four blog posts. But it topped off a great 2013 that I actually enter the new year hopefull that I might meet “Miss Right”! And Time Magazine USA (I might have mentioned that once or twice! They called me a “handsome dude” but wisely didn’t include a picture!)

So I have had a great year, and I enter 2014 full of optimism. I’ll do a resolution post tomorrow I think, if not too hung over. So to everyone who had a good 2013 I wish you more of the same, and those who are not sad to see it go I wish you a much better year!