A few reflections on the results yesterday.

Yesterday i’ll have to admit I was utterly, utterly disconsolate. In truth I can’t remember being that down since England went out on penalties in Euro 2004. I was utterly deflated, and I just couldnt see any prospects of things ever getting better in politics. It was a difficult evening 😉 But luckily for me I have managed to bounce back, and this morning I feel much more like more normal effervescent self! And I think what would make me feel better is a quick blog on yesterday. So here are a few thoughts.

1. Great Night for the Tories.

Whatever you think of them (and i’d guess most people reading this would have a fair few choice words!) one has to admire the political skill with which Cameron and Osborne have conducted their affairs of late. They were dealt a pretty darned tricky hand, in a large part of their own making. They badly misjudged things in 2008, made the wrong call about early cuts and economic stimulus and allowed Gordon Brown to win part of the argument and gave Labour an “in” at the 2010 General Election that probably we were not expecting. They didn’t do enough to win an election (which as I have mentioned several times previously was a gaping own goal) and given the Tory appetite for Regicide there must have been some worrying moments. 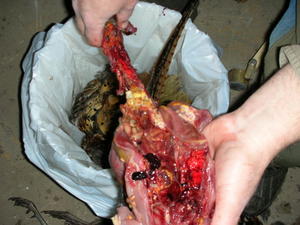 But they acted really rather boldly in forming the coalition, and in doing so have landed themselves in a much stronger position that they could possibly have hoped for at this stage in proceedings. Whilst the Liberals have taken nothing but grief for their part in the coalition (more on that later) the Tories, and Cameron in particular have been able to garner a fair amount of credit for “doing the right thing”. However much it is bollocks, they have created a narrative of acting stoically in the “National Interest” under difficult circumstances on the economy and however unpalatable it might be for us on the left they are winning the argument with “the man on the street”.

The big story yesterday for me was the buoyant performance for the Tories in English elections. Rather than being unpopular due to the government and finding themselves in a retreat and a collapse their position held up (in fact at the time of writing they have enjoyed a moderate improvement winning around 4 extra councils and about 80 extra cllrs). They remain solidly the party of Local and National government in England. The Tories will see this as a great platform to be able to win a general election. With their coalition partners massively diminished, AV having gone south and Labour enjoying mixed results at best, they might even start thinking about a snap election at some point if the omens look good….

2. An awful night for the Lib Dems.

If Cameron and Osborne were on a sticky wicket the day after the 2010 general election then Libs were on a stickier one. They clearly hadn’t really expected to get into the position they were in (despite surely their whol electoral strategy being predicated on that outcome), they had made promises they couldn’t keep (and in the case of the tuition fees never had any intention of keeping). I guess they had little choice but to go into the coalition (though hindsight certainly suggest they would have been better off with a supply and confidence deal). I think their real tactical error was the massive love in they engaged in. That they seemed to willingly become the “human shields” for the worst ill effects of what the government was doing was just ridiculous (why does Danny Alexander always give the treasury bad news?)

Well they have “got theirs” and big style. The party took an almighty kicking, their local activist base has been decimated and destroyed. The big prize, of electoral reform, has gone south (and some! Let’s be honest) and their bargaining position has been totally undermined. They can have no credible threat in any negotiations with the PM because he and his party know that the Liberal Democrat Parliamentary Party simply cannot afford to be going to the polls in an election anytime soon. They are locked in an embrace in the coalition hoping that the economy improves closer to the election. What they must realise though in their heart or hearts is that even if it does it is probably going to be the Tories that reap the benefit.

I suspect between now, and the next election, the Liberal Democrats are going to have a fair few awful nights like yesterday. Ho hum, you reap what you sow.

I said in a piece I wrote for LabourList yesterday that it was “Time for Labour to Wake Up“. Now I stand by that blog in it’s entirety. What happened in Scotland was a disaster, and I am very surprised that we were unable to garner a majority in Wales. But winning 800 councillors across England was a really positive start in terms of the party bouncing back (after what was a crushing, crushing defeat last year). What is clear to me though is the scale of our gains (especially in the context of the Tory vote holding up so well) are not pointing to us coming back to power in 2015. Things are not as bad as they could be, but not as well as we hoped. I hope yesterday shatters the illusions of anyone who thinks we just need to turn up  next time and we will win.

4. We didn’t vote to keep FPTP in perpetuity.

Perhaps my ballot paper was misprinted. But on mine it asked me a very specific question about if I thought we should adopt the AV system or not. I chose yes, most people chose no. John Reid has claimed that there was an overwhelming endorsement of FPTP, Matthew Sinclair (Of the Tax Payers Alliance fame) claims this referendum should “close the door on electoral reform for a generation. I think analysis of the cold hard facts ought to suggest otherwise. Some 32% of people voted for a change to AV, several million and whilst it clearly was rejected there remains amongst a lot of people an appetite for change.

It is simply wrong to suggest that everyone who voted “no” wanted to clearly say that they supported first past the post. There was a campaign group called No2AV Yes2PR, I know anecdotally loads of people who voted “no” because they didn’t like AV specifically whom might have voted differently to a referendum on some form of PR.

I think we have to get real though in the recriminations a little. Yes the “no” campaign lied profusely, yes they were shadily funded by nasty Tory scum who see the present system as the best way of protecting their narrow self interest. But, in the final denouement, AV went down because people didn’t like or want it. David Allen Green put’s it quite simply here on his Jack of Kent blog. And can it really be a surprise? Now I imagine that I won’t say these words, in this order, all too often on these pages but….

Nick Clegg was right (god that feels weird). AV really is a “miserable little compromise”. Despite being a vocal and forceful advocate of Yes2AV I didn’t want the AV system. It is crap. It’s only virtues is that it wasn’t as bad as what we have got at the moment. And you know what I don’t really know anyone else in the Yes2AV camp who doesn’t to a greater or lesser extend think something along these line. The truth is we really didn’t believe in it, and that was always going to make it an impossible job to sell.

I support electoral reform because I believe that fundamentally in a democracy the make up of our parliament ought to reflect the views of those who vote. For me this is “Democracy: 101”, our current system does not do that. Millions of people who support UKIP, the Greens, etc. just simply do not have their views represented in our parliament and this is just plain wrong. If a question about voting reform is ever put to the British people again it has to be on the basis of a system that would delivery some sort of proportionality. It will have to be something the campaigners actually believe in, something we can positively advocate.

5…. But in practice it is FPTP for the next two parliaments at the very least.

I think when the public express such a strong view  on the topic it is always going to be seen as a compelling narrative of “status quo prevails”. I think there is no milage in reforms trying to get a proposal before the public for the next 10 years at least. People will simply be annoyed at being asked again even if the question is different. Unless circumstances change (and should 2015 deliver another hung parliament and coalition that would do it) then the argument will be different and better.

I think what needs to happen is reformers now have to look to make positive cases around changing other aspects of our system. Lord’s reform, constitutional reform, how local democracy works. There is more than one way to skin a cat, and maybe the best way to demonstrate that changing the election system for the commons can make things better is to deliver successful reform in other areas. There is a lot wrong in our politics and our system. Let’s focus our energy on making good things happen and see where it takes us?