Regular readers may remember that I pledged that in 2014 I was going to go and see a lot more live stuff, at least every other month. And so far I have been keeping that up.

Earlier in the month Miss Tokyo and I went to a “different” show, a  live performance of “Slap Talk” an interesting live show based on the way boxers promote their shows which was quite funny, and not really like anything I had seen before. I was also supposed to go to the theatre but annoyingly had to cancel due to a near death experience after I had contracted a terrible strain of bubonic, Ebola infused, mega tonsillitis (Hypochondriac? Moi? Geddout o’ town!).

On Friday just gone I went to see Dan Le Sac vs Scroobius Pip at the Anson Rooms in Bristol. It was an interesting gig (I might blog about it separately) but one of the things I got to thinking about was the way bars are run at gigs an events.

I’ll be honest the principle thing I was thinking is what an utter ball ache it is trying to buy a drink at a gig (TBF this is true of plays, comedy shows, even at Football matches) most of the time. One of the things which regularly pisses me off about live music venues (or anywhere really) and also bemused my brother and his ex who were at the gig with me is why it’s always such a pain in the proverbial? 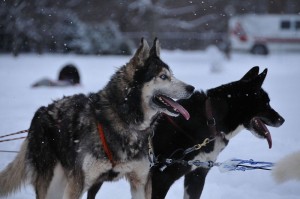 Preparations to go to the bar

So twice my brother said “I’m going out and I may be some time” (or maybe something about the bar) and embarked on a desperate mission to the bar to get a round in. Unlike Oates he did manage to return (though he seemed pretty dishevelled) but on both occasions he had given up after queuing for ages and making no progress. The moral of the story is the Anson Rooms clearly had nay enough bar stuff on, and you need to be prepared when trying to reach the South Pole (Not sure if these two things are really linked!)

Surely, surely, as well as pissing off the punters this can’t actually work for the venue? I mean they presumably want to make “cash money money” out of the gig and if people are waiting too long to buy drinks, or even leaving the bar out of frustration that can’t add up for the venue?

I’m no business man, but I am pretty sure that lesson 101 in basic business is make it as easy as possible for customers to give you their readies. Feels to me like most live music venues are more like Bernard Black in the way they treat us customers!

I decided that I reckoned I could work this out with some mathematics, this therefore is utterly scientific and indisputable fact. And it is definitely not based on back of a fag packets dodgy assumptions or anything. No siree bob!

So here find my equation that proves that music gig venues should almost certainly be employing more staff during gigs.

So in this equation:-

A = Average profit made per order
O = The number of orders per hour
P= Hourly wage rate of each staff member
T= T, NI and other overheads per hour of employer
$$ = Is the venue making money from extra staff yay or nay and how much

The average music venue I go to charges pretty premium prices for drinks, regularly pushing four quid for a 330ml bottle of lager or a shot with mixer. I’m going to assume an average order of two drinks per punter, and three quid profit per serving (I reckon this is conservative.).

I’m going to say that one punter can be served every six minutes. Meaning; for the purposes of my sums, 10 orders per hour. Again I reckon this is possibly on the careful cautious side.

So based on my “back of a fag packet” calculations I reckon the venue would be making a not insignificant extra profit at the bar per hour with each member of staff at the bar whilst it is busy. Still leaves a reasonable amount of scope for profit to be less, fewer orders per hour and better wages p/h or more overheads and still represent a profit to the venue. And the corollary would be that also entirely possible to serve more drinks per hour with a higher profit margin and make more money.

Now clearly this equation would have diminishing returns if too many extra staff were employed, if staff sitting around doing nothing then no profit per hour. But usually at these sorts of gigs , I’m waiting ages between drinks because of stupid queuing times. I can’t be the only one who finds this irritating?

I’d imagine there is a degree to which venues would be wary because there are times (say in run up to main act) where the bar is busier than others, and that hiring someone for the night means commitment to pay them all night, which is fair. But there must be some scope for the work up to main event getting paid on a shorter, with free entry to main event type deal (like the Workers Beer Company, or Charities at festivals) that would appeal. Particularly I’d say, in a student union venue, like the Anson Rooms. And if you are making 22 quid an hour and only paying minimum wage a few busy hours is more than going to pay for a couple of quieter ones at the end.

On top of the extra wedge for the venue I’d say there must be a reputational thing here too. It is frustrating not being able to get a drink at a hot and sweaty music venue. That’s the kind of thing that would put me off going to that particular place again in the future. (As it happens in the Anson rooms it was the ludicrously terrible sound quality/mixing that did this but I’ll probably touch on that in a subsequent blogpost.). Knowing as well as a good gig, the bar is run properly at a particular place must have some cachet for punters? Surely?

So then what do folks think? Have I just Victor Meldrew-ed it up to the Maxx, showing my age and grumpiness? Or is there something in this? Should music venues (and theatres, etc) make sure they have some redundancy at the bar to ensure a better night and more fun for the attendees (and maybe make some more wedge)? Or is this all pie in the sky thinking?

And a bit of Pip and DLS if you don’t know them:-