Liverpool, Spurs and the Europa League.

Supporting a lower league side means that as a top flight neutral you can engage without fear of reprisals mercilessly joshing your compadre’s who have “second teams” (often first teams TBH) in the top flight. I have an unusually large number of Liverpool supporting pals, which is a little odd given the geographical distance between Plymouth and Liverpool. However I am sure they all have bona fida reasons for supporting Liverpool, their milkmans sisters cat once went to Merseyside or something and it has nothing to do with Liverpool being the dominant force when we were growing up (cough glory hunters, cough)….. but I digress. Liverpool have provided me with rich comic potential over the last few years and I have ever so enjoyed winding pals up. But in all that I have had the occasional genuine philosophical disagreement about football, one such row with my mate Moz has prompted me to blog. 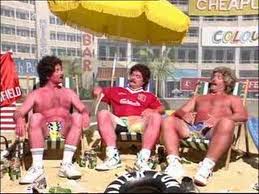 Now I don’t, and never have, claimed that there isn’t a sporting reason to think that being outside of the Europa league (or any cup competition for that matter) might help a clubs league performance.  The more games you play the more tired you are. All clubs often suffer in terms of performance and results after big cup games at home or abroad. Given that British clubs don’t seem to value the Europa league as a tournament to win or do well in, then I expect if participation in it made no other difference whatsoever to clubs then they would probably all value giving it a miss.

However I don’t think it is really that simple at all. Because football may well be a sporting endeavour, but it is also business now. And the business side, crucially how much money clubs can spend, has a direct impact on the sporting side. It all comes down to money in the end. You see for both Liverpool and Spurs they are not just “any” team happy to propel themselves up the table a bit. If this was true then it would probably be spot on to say they might in all honesty want to give the Europa League a miss. No both Liverpool and Spurs see themselves as “big clubs”, who think they should be competing for trophies at the highest level and who want to play in the Champions League.

In the Premier League (well most football actually) there is a particularly strong correlation between wage spend and league success. Around 80% correlation in fact, in the Premier League you get what you pay for. So in order to get into the Champions League you are going to need to try and spend more, or at least nearly as much, as your rivals on wages. Now until pretty darned recently provided your club had an appropriate sugar daddy, or at least an accommodating bank then clubs could just find the money to bridge the gap and hope for the best, or at least gamble on getting the success to pay the bills.

But the financial fair play regulation introduced by UEFA have put the kibosh on that. Put really simply clubs have to break even they can only spend what they earn. The is some wriggle room, but they must lose no more than £40 million quid over a three season period, part of this caveat is that these losses cannot be made up of loans but have to be covered as effectively “gifts” of money given to the club by the proprietors. If clubs are unable to meet these stringent solvency rules they will be prevented from playing in Europe. Should that happen to a club with a budget predicated on getting money from Europe that would represent a massive double whammy.

Worse, it grants a massive “incumbency bonus” to any club that has qualified for the the Champions League from this season onward because of the expected 30-40 million pounds in TV and Prize money a decent run in the Champions league will net you. So for Spurs and Liverpool next season they will be trying to overhaul a team that the league suggests are better than them in terms of playing personnel, meaning they will need to strengthen relatively. On top of this they need to ensure their books balance, against a backdrop of the team they are competing against having an additional 30-40 million quid in their budget.

Now what this means in practice is that frankly every penny is going to count, if Spurs and Liverpool want to overhaul Manchester City and get back in the champions league they need to make as much money as they possibly can.  The Europa league is going to be a source of income and I guess the real question is “is it worth it?”. Now no doubt the Europa League is a poor, poor second to the Champions League in terms of what a club can expect to earn from it. Rather than the 30-40 million champtions league clubs routinely get,  a club who wins the Europa league will earn in TV and Prize money about 8-10 million quid. When you are having to balance the books an amount of money that will clearly have some impact on a clubs spending potential. But probably not in of itself the difference between whether or not a club can afford to mount a serious challenge for the top four.

But it isn’t just in terms of prize money, clubs make a huge amount of money form “match day revenue” what they take on the gate and what fans spend at the ground. According to “The Swiss Ramble” (a most excellent blog BTW) Liverpool make around £1.7 million per game in match revenue. A run to the final will involve around about 16 games so a team that wins the tournament will probably have an extra 8 home games. Even assuming that match day revenue for a Europa League game is less than average that is probably for a club like Liverpool an additional ten million or so quid.  Further Clubs will benefit commercially from performing in Europe. Commercial sponsors like to get exposure and clubs being internationally successful, and crucially appearing on free to air TV will give teams performing in the Europa league an uplift to their bottom line. 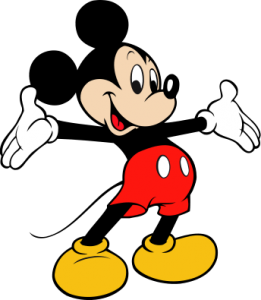 This is of course true, and too a much greater extent, for the Champions League clubs so the real difference in terms of income (and therefore under FFP ability to spend) is greater than the oft quoted 30-40 million. For the team that doesn’t get into the Europa league they could be looking at a difference in budget of quite possibly considerably north of £50 million all in just on the basis of European competition or not. The £20 million or so a big club could potentially expect to earn from winning the Europa league isn’t enough of course but it will help.

Fans always like to think about the “manifest destiny” of their clubs, the glamour, the history, the tradition. And whilst I am sure this does have some impact on footballers the truth is, if we are honest, that in descending order of importance players are motivated by:-

I don’t doubt that there are exceptions, but we all know that in the main this is true. So for a club rebuilding and hoping to overhaul rivals they are going to need to spend big. Competing in Europe, even the Europa league helps. Firstly because of the money a club can afford to pay, secondly because agents like their players to play in europe as they are in the “shop window” increasing their earning potential (for both player and agent) in the future.  It is widely accepted that clubs not competing in Europe have to pay more in wages to attract players of similar quality to clubs not in Europe for precisely this reason.

I realise fans are far from rational or sensible when it comes to their club. But I think that if fans do engage their critical faculties here they will realise that the situation facing clubs is different now. Assuming UEFA actually do rigorously enforce the Financial Fair Play regulations (I guess that is in reality far from certain) then a club hoping to dine at the top table simply cannot afford not to be in the Europa league given half a chance. And let’s see for all ‘Arry’s bluster if the Europa league was really so bad he would surely be fielding his reserve team for the last few matches trying ever so hard to “secure” sixth place. I cant see that, anyone else?