Shame on Woolas, Shame on his PLP supporters

Right from the top I am going to make a statement; even if Phil Woolas had not lied about an opponent, even if he had not broken any electoral law, even if he had not been found guilty in a court of election offences, then I would still want to see him thrown out of Parliament and the Labour Party. For my money he is an utter disgrace to the Labour Movement. 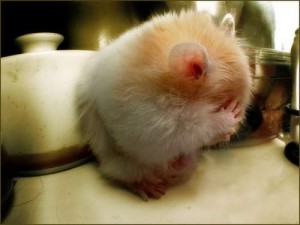 How Woolas ought to feel.

Let’s recap, Phil Woolas’ election campaign was predicated on stirring up racial tension for electoral advantage. At a time of growing concern about the rise of the far right a Labour MP was prepared to ferment division on the grounds of race for political purposes. As far as I am concerned being prepared to have a strategy of “getting the white vote angry” should automatically disqualify you from being a Labour party official.

Of course the party has to look outward, to be inclusive in order to win. And further we will sometimes have to acknowledge that there are times when the public hold views very different from ourselves on some issues. As activists this is often a difficult challenge.

But there are some things that are beyond the pale. Compromises for electoral success should never undermine our fundamental beliefs and values. Anti racism, and equality are for me fundamental Labour and Centre Left values. Woolas crossed the line when he chose his election strategy; and he richly deserves the fate that has been dealt to him.

I just could not believe my eyes as I read this story, in which apparently large parts of the Parliamentary Labour Party, have been attacking Harriet Harman for her comments about Phil Woolas. For me it seems to represent the worst kind of elitist, blinkered, tribal thinking from the PLP. It is this sort of stupid thinking that led in part to the general election defeat.

For me there are some lines that should never be crossed. Fermenting racial tension and division is not a price any progressive party should ever be prepared to pay for electoral success. So shame on you Woolas, and shame on you his supporters in the PLP.

At Liberal Conspiracy they have an open letter for people to sign here. I would urge any readers to do so. You can also follow the events on twitter using the hashtag #iagreewithharriet