My take on the Labour Leader TV hustings last night.

As I come from Plymouth in the sleepy Westcountry it is very unlikely that I will be able to attend a Labour Leader hustings in person. This in of itself is a concern; Plymouth is a reasonably big city in an area of the country where Labour did appallingly at the election. There are two key marginals here we lost one, and narrowly held the other. I kinda think that a party keen on learning lessons would come here….

That aside the fact that I probably won’t get an opportunity to attend a hustings in person meant that I was keenly anticipating last nights televised one on Newsnight. I thought I would share my thoughts. 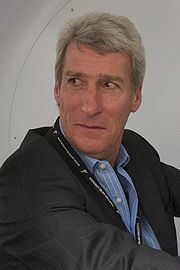 The Paxidermist.... not his finest hour

I am a massive fan of Jeremy Paxman, surely all political junkies love to see him savage aloof and elitist politicians. But in truth he really isn’t IMHO suited to chairing a hustings like this. His irreverent, jokey style which is great interviewing one person, or a couple didn’t really work in the environment. He failed to properly control the debate and for my money made the whole thing less intelligible and useful.

Clearly the relatively short time (40 minutes I think they had from start to finish) and the fact it was the first time they all got to do this on the TV meant that all the candidates were a bit too keen to get in and talk over one another. The net result was that all came across as a little undignified. Whilst this absolutely should be a battle about ideas and not presentation we shouldn’t lose site of the fact that hopefully whoever wins this contest will be the next Prime Minister and therefore the last thing we want to happen is the leadership campaign itself damages our eventual winner’s prospects at the next general election.

In reality for my money none of the candidates came across in a particularly good light… Hopefully next time they are on the Beeb there will be a full hour and Dimbleby will chair it.

Against a backdrop of me not thinking it was a great night for any of them who were the winners on the night for me.

I think the big winner was Diane Abbott, she was able to present herself as being genuinely different from the others. Not having been a part of the Government meant her criticisms did seem to have more legitimacy. DA clearly is populist (at least within the context of the leadership election, if not the wider populace), and knows how to talk about the issues where New Labour really made mistakes to seem different and better.

In reality I can see DA picking up a fair amount of support from people who are disaffected with Labour, and a fair amount of preferences from those wishing to cast a protest vote. This could be a case of “Careful what you wish for”, Do we really believe Diane Abbott will win a general election?

Next winner was David Miliband. Going into the contest he is probably my 5th preference, certainly in terms of policy. I think he is very much business as usual, more of the same, one big push and we’re back in government candidate.

However despite that for my money he came across very well, we seemed confident, passionate and authoritative. I would go as far as to say Prime Ministerial. And he was probably the only candidate who came across that way. I don’t want him to win because I disagree strongly with his public policy agenda but I think he did very well in the hustings. 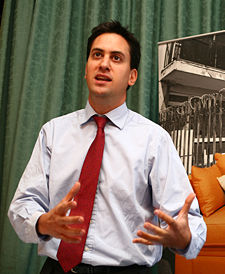 My front runner.... at the moment.

Lastly Ed Miliband. I have to say that he has been my early front runner and the candidate thus far that is in pole position to receive my votes. I don’t think he had a particularly great night but in terms of policy and substance and in terms of saying public policy things that were “hits” for me at least he came out top.

However talking vaguely about “values” is only going to get you so far, sooner or later this is going to have to start translating into exactly what these values are substantively.

I knew very little about Andy Burnham so I was quite interested to listen to what he had to say. Not least of which a candidate with a regional accent was set to be a bit different.

So now I have heard him speak and I can say for sure that if I was voting tomorrow I would have a new fifth preference. I intensely disliked him from start to finish in almost every way. And he seems even more of a right wing, nu labour continuity candidate than David Miliband.

Also whilst I don’t think he did anything particularly bad Ed Balls enforced all my preconceptions about him, that he is clever, has good ideas, but that there is no way he is going to connect with voters or me. I am sure we will not win an election if Ed Balls is the leader, and for that reason I cannot see how we can elect him as the Labour Party leader.

So there we go, I have already changed my mind a bit based on this so it is probably all to play for if others feel the same.